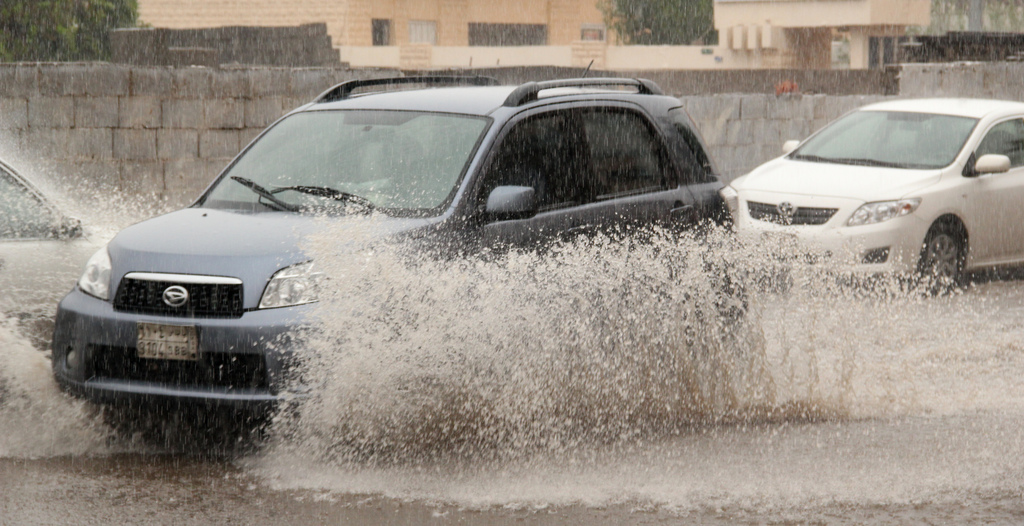 Was your vehicle flooded? Here's what to do before and after the storm

In addition to the many homes and businesses dealing with flooding from Hurricane Harvey, an estimated half a million vehicles will be junked due to flooding in Houston. This is an unprecedented number of vehicles that will overwhelm the wholesale market once insurance companies deem the vehicles a total loss. When the water recedes and they can return to those cars, residents may be unsure what to do next. Should they start it and risk causing further damage or have it towed to a trusted repair shop?

Even if you aren’t a Hurricane Harvey victim, you could someday fall victim to flooding. Here are a few things you need to know to protect your car against damage from flood waters.

How to prevent flood damage to your vehicle

For those in a flood-prone area, there are often signs that a flood may be imminent. However, it’s important to note that many areas can experience some type of flooding due to extreme weather conditions, such as heavy rains and storms, or even man made disasters like a failed levee or water main. It’s important to pay close attention to weather warnings, including setting up emergency weather alerts on your mobile device.

Once you’re aware a flood will impact your area, move all your vehicles to an area that is the most likely to be safe. Avoid driving through flooded areas, not only to protect your car but for your own personal safety. As little as six inches of water can cause your vehicle to lose control and be swept away in fast moving currents. If you decide to remain in place, there are flood covers you can purchase that will protect your car against water damage. These act like a giant ziplock bag for your car and help keep the contaminated flood waters from entering your vehicle’s sensitive components. Another option is to elevate your vehicle as much as possible, like this enthusiast who lifted his prized BMW collection using jackstands and cinder blocks. It also can’t hurt to disconnect your battery to avoid electrical damage from the standing water or heavy moisture.

Long before a flood arrives, you should also make sure you have enough insurance to cover the cost of replacing your car against total loss in any weather disaster. It’s been reported that only 15% of Houston residents hold flood insurance. A depressingly low number for a city with elevations below sea level.

What to do after the water recedes.

Once the flood waters have receded, you may feel tempted to start your car to see if it still runs. Unfortunately, turning the ignition will only cause further damage if water has gotten into the engine or electronics. Instead, remove all floor mats and personal belongings and open the hood and trunk to begin the dry-out process. Do not attempt to do anything until you’ve talked to your insurance company.

You may also feel tempted to call for a tow truck, but this can also be a mistake. If a tow involves the wheels moving on ground at any point, it can also cause further harm to a waterlogged car. Often the oil and transmission fluid will need to be drained before you can move it. If you aren’t qualified to work on your car, contact a trusted mechanic to advise you on how to proceed.

You don’t have to be a master mechanic to take a look under the hood and assess damage. The first step is to search for water damage, both inside and out. Flood waters usually contain mud and other debris that leave a water line after a short period of time. This water line will tell you how deeply your vehicle was submerged, giving you an idea of which components might have been affected. You may find that the waters barely skimmed the bottom of your car doors, for instance, which means it likely wouldn’t have damaged any of the elements required to keep the car functioning. However, you may still have damage to your car’s brake system, wheel bearing, or suspension and exhaust components.

Once you’ve checked for a water line, pop the hood and check the dipstick for water droplets. Even if all looks normal, note the oil level. If it seems higher than usual, it’s likely a sign that your oil has flood water mixed in with it indicating you should fully drain and change the engine oil. Check the air filter for water, as well.

How to avoid being scammed after a flood

Even if you don’t live in an area recently struck by floods, you can still fall victim to title washing. According to the Federal Trade Commission, half of all flood-damaged vehicles eventually end up back on the market. These vehicles are often transported to other areas of the country, where consumers purchase them used on sites like Craigslist or on salvage title car lots.

It can be difficult to spot a water-damaged car, especially after a thorough clean-up. Don’t be deceived by looks, though. Being submerged in water can do damage to a car’s electrical system that may not appear until later. A car’s parts may also have suffered rust and corrosion that will lead to ongoing mechanical issues. Use a service like Carfax’s free flood check to avoid becoming a victim. You can also get a full vehicle history report that will alert you to any problems. Don’t ever be afraid to walk away from a car you suspect has been damaged in a flood.

Life after the flood.

In many cases, insurance companies will simply total out a flooded car if the water rose above floor level. Insurers prefer to play it safe, rather than repair damage and risk the car not being safe to operate. When that happens, check to see if you have rental car coverage to give you a few days to find a new car. Once that coverage kicks in, though, it’s important to begin your car search immediately, since your insurance company will probably only pay for a set number of days.

Since you’ll be buying in a recently flooded area, it’s important to take measures to avoid being sold a refurbished flood-damaged car. Avoid salvage title lots and sites like Craigslist, instead opting for dealerships that specialized in a combination of new and used cars. If you can afford to buy new, this is a good time to do so, but otherwise, follow the steps above to ensure the car you’re purchasing has not been damaged by flood waters. This is also a good time to remedy any mistakes you made during the recent flood, including purchasing enough auto insurance to cover your car against disasters and storing your car in a place less likely to be impacted.

Flood damage can wreak havoc on a car’s sensitive components, but it may not be a total loss. Once the flood waters have receded, assess the damage and have a licensed mechanic look at your car before you start the engine. You may be able to save your vehicle or, at the very least, prevent further damage. Since most auto insurers will total a car if flood water rises above the floor, it’s important to have good insurance in place before a weather-related disaster happens.